The milk bottle will be photographed with a white plate. On the plate there is money. It remembers the derogatory donation plate like the toilet women use to have. The picture is taken when the milk is poured over the money. A crisp picture with as much white as possible intended.

The aim is to raise awareness for unfair milk price. The milk price is too low, therefore farmer have to fight for their living. From 2001 to 2006 the average price for milk went down from 32,70€/100kg to 27,30€/100kg. And farmers have to pay their investments. They have to pay for electricity, fertilizer, infrastructure, land, reparations, animals, etc. For example: an average farmer earns around 39.700€ a year. Thus he has a gross around 3.300€/month. But in average farmers have expenses around 6.900€/month. So the farmers constantly lose -3.600€/month. 2009 enough was enough! They protested against the low prices by pouring their Milk on their lands. Which effectively raised awareness and was a caused for trouble in Germany. Politicians had to act, thus they increased the subsidization of milk. Now farmers can live from their earnings. However on the cost of subsidization. Thus on the cost of taxpayers. And the taxpayer is you. 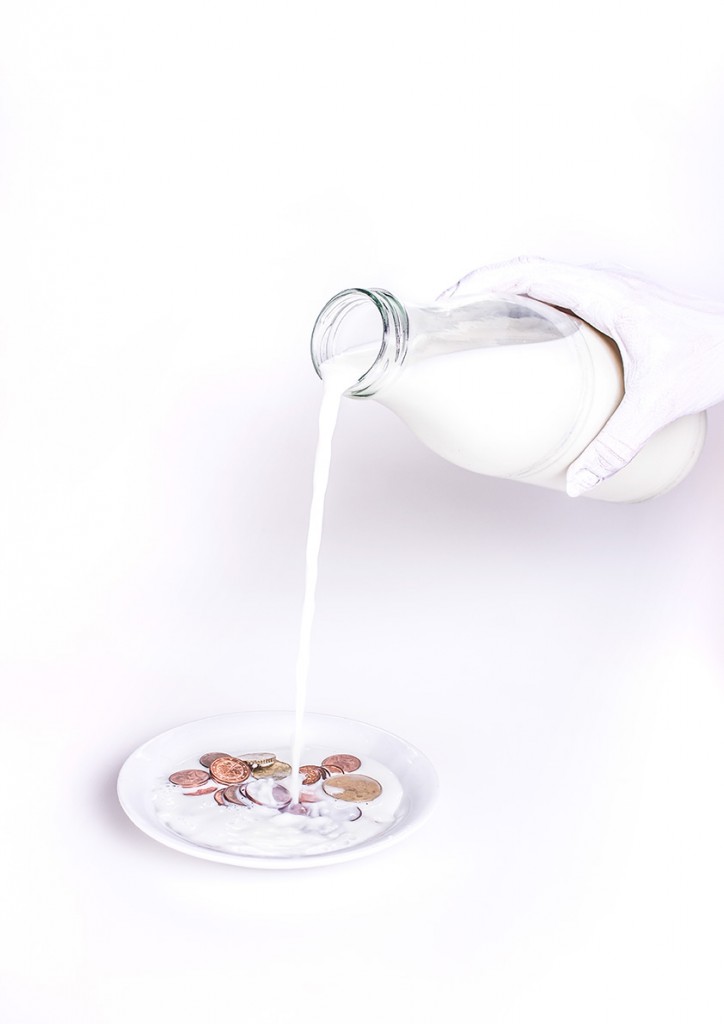