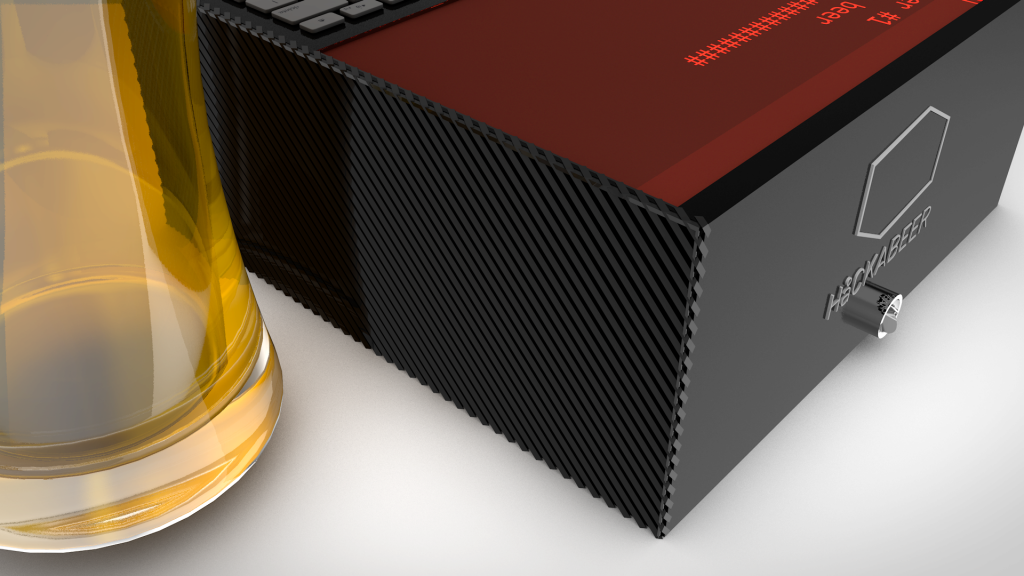 design a new kind of beer, to be sold at events. Also, design a poster and a booklet to introduce the beer to potential customers. 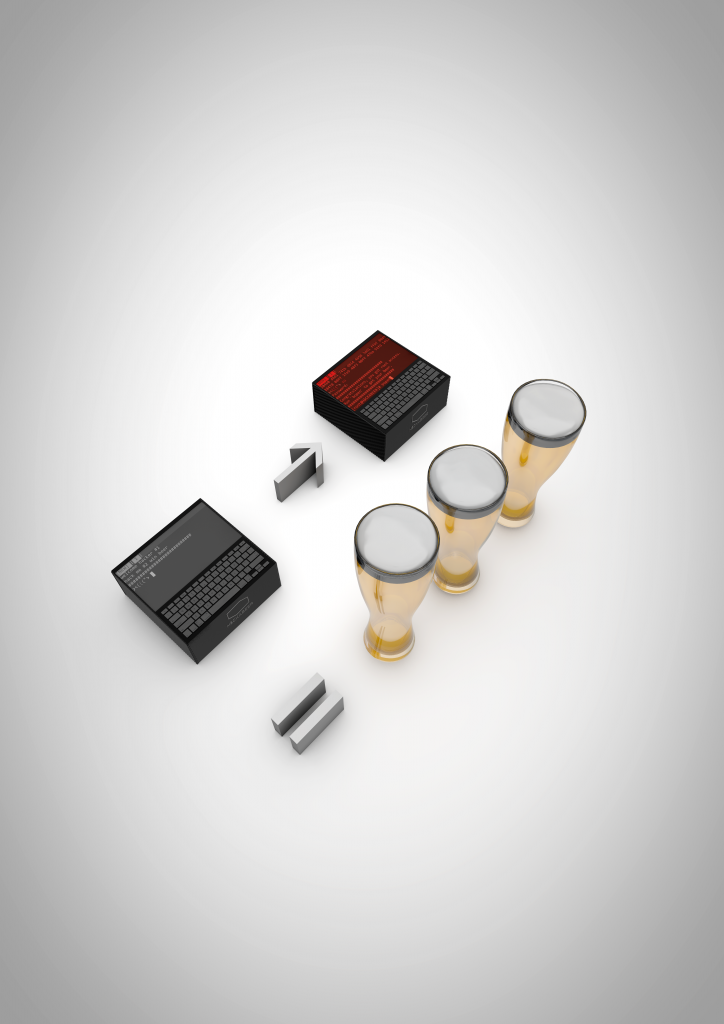 I’m not sure if there is any human being, in our modern western world, who do not know what beer is. As it is the world’s most widely consumed alcoholic beverage and also the oldest. The earliest known evidence of beer dates back to 3500–3100 BC. Anyway, for the sake of totality: Beer is an alcoholic beverage produced by the saccharification of starch and fermentation of the resulting sugar.

What is the difficulty?

As beer is the oldest available beverage on earth, it is obvious that there is already a large variety. There is a tremendous amount of beer breweries. Thus, the competition is extremely tight.
However, they all look alike. It is pretty hard to spot any difference - except for the label. Why is that? Maybe to keep the production costs low. We’re creating a special edition, so the costs won’t matter. This is how we can beat the concurrence.

Searching for an audience

For a special beer we need a special audience. So which group does not have a tailor-made beer yet? The code experts aka hackers. It is the fastest growing audience over the last years. 2001 there were around ten million career opportunities in the coding sector, while 2010 we count over one billion.

So where do we find this elite?

The best hackers will be found at hackathons also known as a hack day, hackfest or codefest. This is why we will sell our Products exclusively at those locations.

What is a Hackathon?

An event where computer programmers and others involved in software development, including graphic designers, interface designers and project managers, collaborate intensively on software projects. Occasionally, there is a hardware component as well. Hackathons typically last between a day and a week. Some hackathons are intended simply for educational or social purposes, although in many cases the goal is to create usable software.

But you can’t hack if you’re drunk right?

Isotonic drinks are drinks containing similar concentrations of salt and sugar as in the human body. Thus, there are rapidly digested.

What is this good for?

The purpose of isotonic drinks is to help hackers replace water, electrolytes, and energy after or during competition – thus having more energy and pep. It is what athletes drink during their competitions.

Is to invent a new lifestyle product for Hackers, and the like. It should breathe the spirit of hackathons and communicate a programming lifestyle.

How to use it

HåCKABEER has to be hacked before you can drink it. The beer is coated in a high-tech black carbon box. The box has a lid on its back that can be opened threw the command prompt on top of the box. Sounds easy, but you do not have the necessary rights to open the box, you’ll have to hack it to gain the root access. Once being in root you can code whatever you want. The operating system is open. So you can modify the box. Only your imagination is the limit. What are you waiting for to turn your ­HåCKABEER into a laser shooting robot?

How to get root?

There are several ways to get root. The easiest would be to just Brute-Force the Password as John The Ripper would do. Whereat this can take very long and you might be very thirsty, so better try to find the “shadow” document, It is where HåCKABEER saves its passwords. Those are encrypted, but to decrypt them should be child’s play.

Is all this worth it? What’s the taste like?

Yes. It took centuries of expertise to create a beer like HåCKABEER, but it only takes an instant to fall under the spell of this full-bodied blond. Born out of the combination of three superior hop varieties, this beer provides the perfect balance between bitter and sweet. Hints of lemon and grapefruit complete this sense of harmony and in its own, special chalice, HåCKABEERs flavor and aroma will carry you away. Also, it is not just beer, it is a fully usable and fully customizable high technological microcomputer. 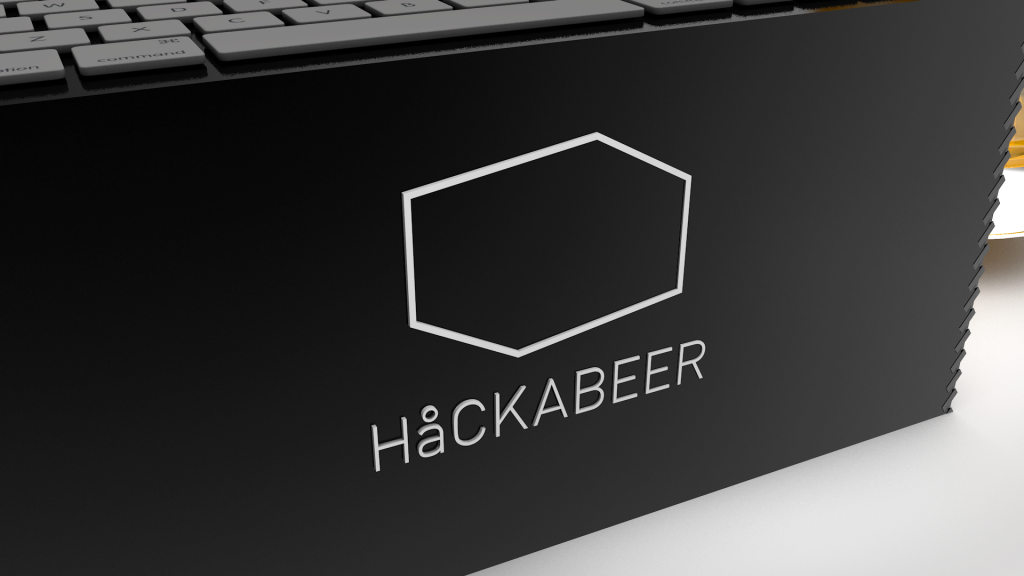 1. The iconic part of the Logo represents the Box itself in a very simplified 3D side view. This points out the unique style of the Beer. By being a rectangle and thus a basic form of design, while taking a very puristic approach, it compares to the ones and zeros in the electronic world.
2. å represents a glitch. A glitch is a short-lived fault in a system. It is often used to describe a transient fault that corrects itself, and is therefore difficult to troubleshoot. Not only it is an extremely modern approach to typography and very sexy (as the product is) but also it remembers the observer of computing and electronics.
3. As Font I use the modern font FF DIN which fits the super modern product like a glove. The name HåCKABEER remembers the hackaton events where it is sold and it is what you do with it: hack a beer.
4. The black background is once again a reminder of the product – which is black. (The logo can however also be used without the black Background). It is very simple, very clean, very sexy and only uses two colors. That is again to refer to the ones and zeros used in computing but also to save printing costs.

HåCKABEER is an outstanding and futuristic beer packaging concept. However, it is questionable if it is profitable due to  the high production price. So you shouldn’t just consider it to be just beer, it is also a fully usable and fully customizable high technological microcomputer.